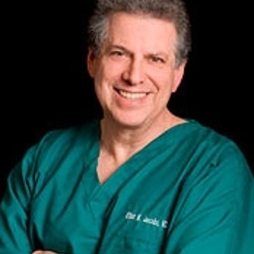 Dr. Elliot William Jacobs is a native New Yorker, born and raised in "The Big Apple." He attended the world renowned Stuyvesant High School and then received his undergraduate B.A. in Chemistry from Queens College and his M.D. degree from Mount Sinai School of Medicine in New York City. After completing his internship and residency in General Surgery at Mount Sinai Hospital, he continued at Mount Sinai as resident and ultimately chief resident in Plastic Surgery. After the completion of all his training, he served in the US Air Force for two years. He then returned to New York City and opened his office for the private practice of plastic surgery, specializing in cosmetic surgery of the face, breast and body.

Dr. Jacobs is licensed to practice medicine in New York, New Jersey, California, Florida and the Bahamas. He serves as an Honorary Police Surgeon for the New York City Police Department and as a Consultant in Plastic Surgery to the United Nations. He is on the attending staff of several hospitals in the New York area where he is active in teaching younger doctors.

Dr. Jacobs has been recognized by New York Magazine as a "Best Doctor" and by Castle-Connolly in "Top Doctors in the New York Metro Area" and "America's Top Doctors." His work has been profiled on ABC's 20/20, Discovery Health Channel, Good Morning America, Good Day New York, MTV, and The Doctors as well as on the news of every major TV channel in the New York metro area. He has been interviewed on local and rational radio and has been quoted in virtually every major national news, beauty and health magazine and also in all the major New York and national newspapers. 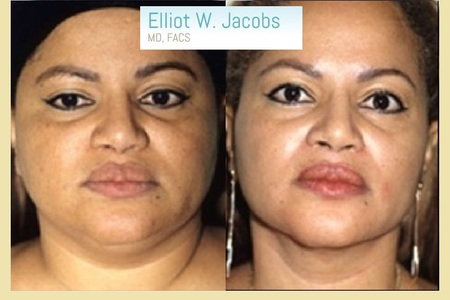 Facial plastic surgery has been performed for decades, and today men as well as women seek rejuvenation with a facelift. New York residents are known for taking pride in their looks and vitality, so perhaps that's no surprise. 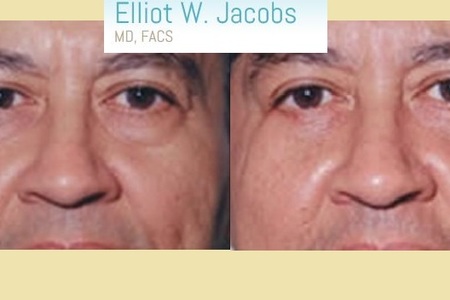 In recent times, eyelid surgery (also known as an eyelid tuck or eyelid lift and technically called blepharoplasty), has been consistently popular with men and women, ranking in the top five of all cosmetic procedures annually. The American Society for Aesthetic Plastic Surgery reports nearly 150,000 patients choose to rejuvenate their eyes with blepharoplasty each year in the U.S. New York residents are among them, with people from all walks of life electing eyelid surgery with Dr. Jacobs. 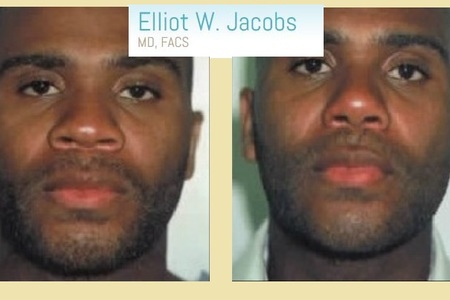 If you're considering a nose job, or rhinoplasty, in New York, you're in good company. Rhinoplasty is consistently one of the most sought after cosmetic surgeries for men and women across the country. Statistics kept by the American Society for Aesthetic Plastic Surgery show little change in nose job popularity since 1997, when the organization first started tracking trends. 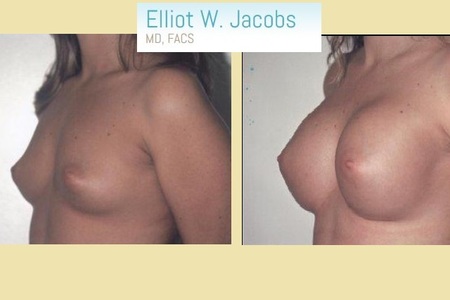 Breast enlargement is consistently ranked in the top three of all cosmetic surgery procedures year after year, according to the American Society for Aesthetic Plastic Surgery. This safe and straightforward procedure gives our New York breast augmentation patients newfound satisfaction in their appearance 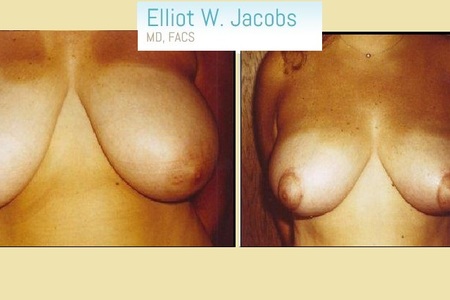 Of the very many breast procedures we perform for women in New York, breast reduction surgery may be the most rewarding for our patients. Women who have endured heavy, pendulous breasts for years find there’s nothing like the feeling of physical and psychological freedom breast reduction surgery can deliver. Suddenly, neck, back and shoulder aches are gone. Deep bra strap grooves and rashes disappear, and so does the pain of unwanted attention. 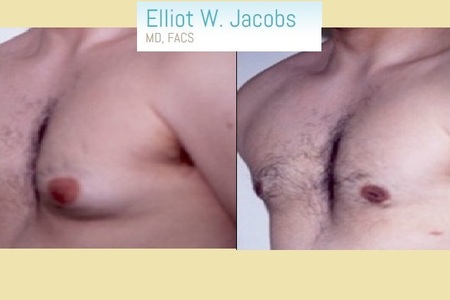 Few conditions are more challenging for men to bear than gynecomastia – literally, “woman-like breasts.” In our consultation room in New York, male breast reduction candidates tell us about enduring years of embarrassment, ridicule and curtailed activities. That’s why it’s unfortunate that so many men suffer with gynecomastia. It’s estimated that about a third of adult males have enlarged breasts, and the percentage is even higher for males who have experienced the condition at some point in their lifetime. 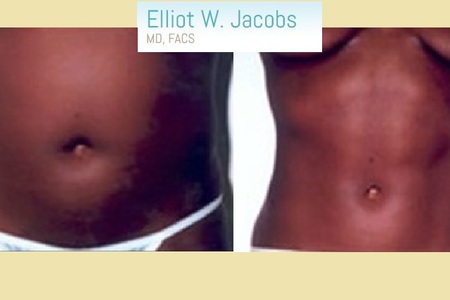 There's more than one reason liposuction is the most popular cosmetic procedure across the country and right here in New York. Liposuction is versatile, for one thing. It can be performed as a stand-alone procedure, or it can put the finishing touches on just about any cosmetic surgery you can think of for the face, breast and body. 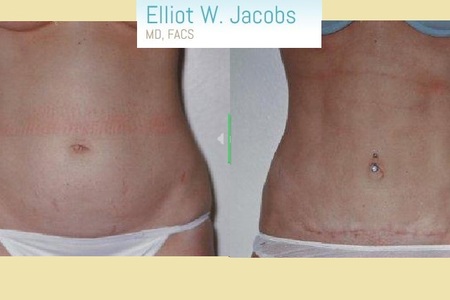 In our practice in New York, tummy tuck patients are most often women who have experienced multiple pregnancies. But men and women who have undergone weight loss or simply suffer the effects of time and unfortunate genetics can benefit too.